It can be used on the Raspberry Pi 3B+ or version before that. It also works on the pi-top1, pi-topCEED and pi-top [3]. 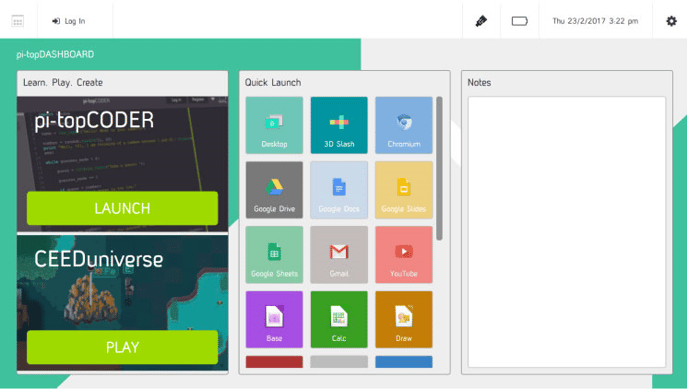 It has a few pieces of additional software installed compared to Raspbian: pi-topCODER and CEED Universe. There's also a whole host of processes in the background that allow the OS to talk to pi-top Computers and detect pi-top Add-ons when they're connected up.

As of January 2020, Polaris is no longer available on pi-top.com and has come to the end of its operating life

. pi-top Sirius OS is the latest version and no longer includes CEED Universe.